It’s no secret that Vans are one of the most known shoe brands in the world. They have an extremely unique style and vibe that one can’t simply compare with other shoes.

They’ve had a surge of popularity back in the early 2010s but they’re still going strong to this day amongst skateboarders, students, and even some adults.

Shoes in general don’t come cheap, and investing in a pair of a known brand sometimes comes with consequences.

Despite what the sizes might say, shoes sometimes can surprise you once you’ve tried them on. Some shoes might come a little smaller than the label and some a bit bigger.

It’s time to ask ourselves this question: Do Vans shoes run big or small? Read below to find out!

Disclosure: This is a reader-supported site, which means we may earn a commission if you choose to purchase through the affiliate links on this page. Thank you!

Do Vans Run Big or Small?

According to our survey of customer reviews, Vans shoes are very consistent in their sizes, and they typically fit true to size. So Vans neither run big nor small.

However, some points have to be highlighted so you can be on the safe side when buying a pair of your own.

While a typical pair of Vans Authentic shoes run true to size, some exceptions can be made if you decide to buy a different type of Vans shoes.

While only hardcore skateboarders probably know this, but Vans shoes come in various models, including the Vans Slip-Ons, Old Skools, Sk8-His, and the Authentics.

The Vans Authentic is the model that’s particularly popular with the youth, and one might say that these are the most important ones compared to all their other types given their popularity.

One thing we can safely say is that Vans shoes never typically run big. In some unique cases that will be highlighted below, Vans shoes can run a bit smaller.

The other possibility happening is slim to none, though.

Since we’ve previously emphasized that Vans come in many styles and aren’t only limited to the Vans Authentic model, let’s take a look and see whether or not other Vans lines are true to size.

Let’s break down how each of these shoe models fits typically, and whether each of the specific types of Vans shoes run too big, too small, or true to size.

Since we’ve already talked about the Vans Authentic before, let’s move on to the next style, which is the Vans Slip-Ons.

Vans Slip-Ons are just as popular as the Authentics. They’re known for their convenience because they’re extremely easy to put on, hence their name, ‘Slip-on.’

Vans Slip-Ons are popular with children and adults alike, but they’re particularly favored among skaters, and according to Vans’ official website, they’ve been in the skate scene since 1977.

One of the most popular Slip-Ons are the white and black checkered slip-Ons, and these are considered a staple when it comes to Vans shoes.

Vans Slip-Ons, like the Authentics, typically run fit true to size. After compiling and reading multiple reviews from customers, it was concluded that this type of Vans shoes hardly ever run big or small. Of course, there’s a review or two that claim that their shoes ran a bit smaller, but the vast majority states that Vans slip-ons fit true to size.

While some might run into trouble with Vans Slip-Ons since their basic design comes with no laces and you can’t tighten them if they’re loose, you shouldn’t risk it and buy a smaller size because smaller shoes are very uncomfortable to walk in.

Vans Old-Skool dominated the shoe scene in 1978, and they continue to feature the iconic white stripe on the side. This stripe was originally called “The Jazz Stripe” and it was drawn by Vans founder, Paul Van Doren.

This shoe was also Vans’ first skate shoe that had leather panels inserted in its initial design.

The greatest thing about Vans Old-Skool shoes is that they’re very suitable to be worn in school but they’re also pretty stylish and can be considered a smart-casual piece of clothing.

Like Authentic and Slip-Ons before it, Vans Old-Skool runs true to size. After surveying plenty of Amazon reviews, most customers reporting they’re true to size with a few reporting they turn out to be a bit small.

Unlike Slip-Ons, the Vans Old-Skools have laces, so if you want to be on the safe side, you can choose to buy ones that are half a size up. This way, you can ensure utmost comfort, while also having the luxury of tightening the shoes whenever you want.

So we can safely say that Vans Old-Skool is true to size.

Like the Old-Skool, the Sk8-Hi was also introduced in 1978, and it also modeled the iconic side stripe, the only difference is that shoes were high-tops.

Sk8-Hi and Old-Skool are the only two Vans shoes that feature the side strip, so that’s what sets them apart from other types of Vans shoes.

Even though it’s called “Sk8-Hi,” you can certainly wear it even if you don’t skate. It’s actually considered a staple among people who enjoy wearing street-wear-inspired outfits.

However, one must say that it was specifically made for skateboarders. It features a lot of support for your ankles against what would be irritating accidents that regularly happen when engaging in this particular sport.

Do Sk8-Hi Run Small or Big?

Like all others before it, Vans Sk8-Hi also runs true to size, but like the Old-Skool, they can sometimes be a bit snug if you have particularly wide feet.

They never run big, but since there’s a small possibility that they might feel a bit close-fitting, you might want to order a half-size up to ensure comfort.

With high-top shoes, it’s a bit hard to ensure comfort because of all of this extra padding from the sides. Therefore, getting a pair that’s half a size up is the smartest decision.

That being said, it’s generally agreed that Vans Sk8-Hi runs true to size.

Vans Era first appeared in 1976. It doesn’t feature the side strip that more recent Vans shoes are known for.

Originally made popular by famous skateboarders, “The Z-boys” in Santa Monica, California, those iconic Vans were the first ones in the brand’s history to feature padded collars.

These would later prove to be a great help since they provide comfort to the wearer, and particularly to skateboarders.

Even though it’s not very known, this particular design was the first one to be specifically designed for skateboarders.

The vast majority of reviews we surveyed state that the Vans Era fit true to size, with some customers reporting instances where the Vans Era model of shoes fit a bit too snug.

The padded collars on Vans Era shoes sometimes present a small problem when it comes to size since they push the feet a little bit to the front. This causes the Era to appear smaller than it is.

However, in almost 90% of the cases, these shoes are almost always true to size. If you’re still a bit worried, you can always order ones that are half a size up and see where it goes from there.

So, in conclusion, Vans Era fits true to size in most cases.

The size chart for every Vans model deviates from the norm. Slip-Ons, for example, are tighter at first but loosen with wear. Skate shoes designed for high performance have a propensity to be tight.

It’s also worth mentioning that all Vans sneakers come in medium width. If you’ve tried on a pair of Vans before and had trouble with the width, going half a size higher would be a smart choice.

Sometimes our feet become stuck in the center of a size range. One of the easiest remedies to this problem is a pair of insoles.

To sum everything up, and after reading and surveying many reviews from Vans customers, we can confidently answer the question, “Do Vans run big or small?”

Vans shoes typically run true to their size, so they neither run big nor small. Some styles can be a bit snug because of their general design, and this can be solved by ordering half a size up.

But, in general, Vans are 90% true to their sizes and any variation wholly depends on the style you’ve picked.

Before buying a pair of Vans, or any other footwear for that matter, you should consider reading as many customer reviews as you can.

This will help you determine whether or not the specific model you’re interested in buying runs true to size.

If you’ve tried a pair of Vans before and you struggled with the width of the shoe, you may want to go half a size higher, seeing as all Vans shoes come in medium width. 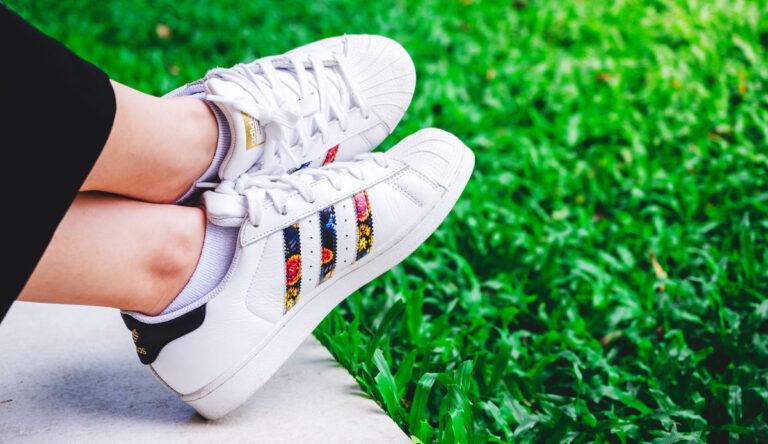 The Adidas brand needs no introduction. For almost a century, they’ve been offering great quality and amazing styles, but what about sizing? Do Adidas shoes run big or small? In today’s article, I’ll answer this exact question and share with you tips on how to figure out your right shoe size so you don’t have…

Yeezys are one of the most sought-after shoes on the market, and that popularity comes with a big price tag. Before you spend the money on your Yeezys, you definitely want to be sure that they’ll actually fit when you get them. The trouble with ordering shoes online is that you can’t try them on… 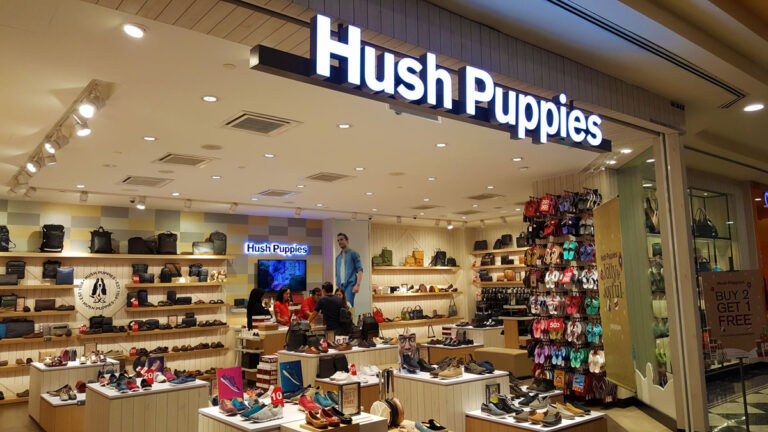 Most of us let do our shopping online nowadays. It’s way easier to just sit on a couch and browse through hundreds of models. Then, a few clicks later, we check out our purchases and wait for the goodies to arrive.   Some of the items we buy are susceptible to being of the wrong size…

Rockport shoes are some of the most meticulously designed shoes out there. They’re intended to provide the best in terms of comfort and style. You can wear a pair of Rockport shoes to many types of professional and casual events. Because Rockport shoes aren’t exactly cheap, buying a pair requires some serious consideration. One question…

I love my Crocs. Comfortable shoes like Crocs are an excellent selection for anyone who desires extremely casual shoes for all occasions. But, if you are considering buying a pair of Crocs for yourself or a loved one, you probably don’t want to have them delivered and then have to return them because they do… 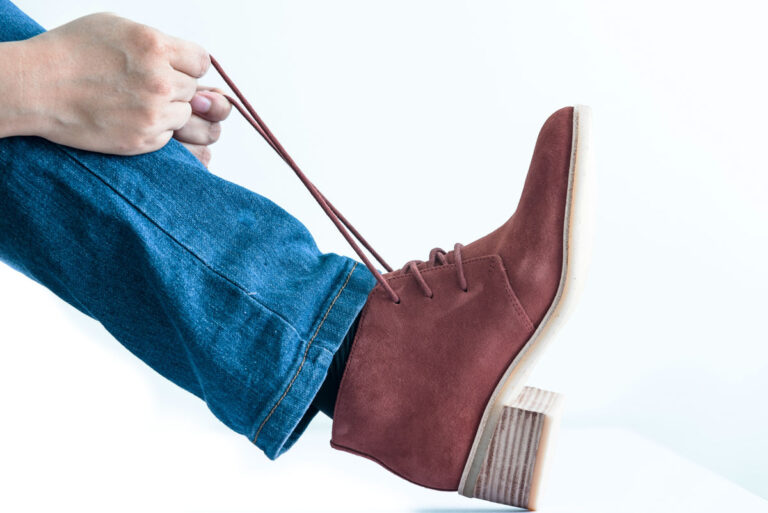 When I think of Clarks shoes, 3 words come to mind: comfy, affordable, and fashionable. We all hope to find stylish footwear yet budget-friendly footwear, but that’s easier said than done. Luckily, Clarks managed to strike the perfect balance between looks and price to suit all feet and all occasions. They even topped it off…